Valencia to host the twelfth edition of the Gay Games 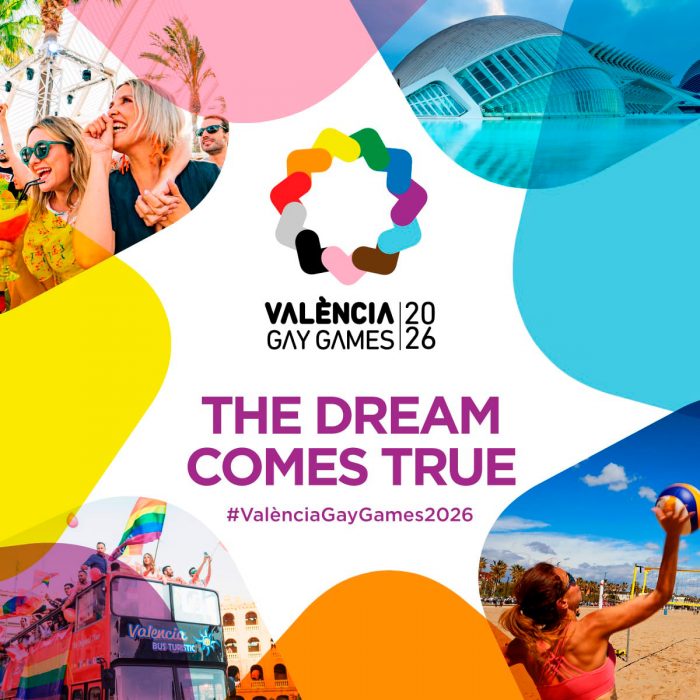 Posted by The Queer Travel on 2 December 2021 | Featured

Valencia will host the next edition of the Gay Games, to be held between May and June 2026. This has been announced by the Federation of Gay Games (FGG), which last week ruled in favor of the Spanish city; against it competed Munich (Germany) and Guadalajara (Mexico).

The last edition of these “LGTBI+ Olympic Games” was held in Paris in 2018. In 2022, the eleventh edition will be held in Hong Kong, and Valencia will be the twelfth.

The Gay Games have up to 36 sports modalities, so the host city will be obliged to build or enable an Olympic area (popularly known as The Gay Games Village) to accommodate the nearly 12,000 athletes who will compete, as well as to host the nearly 2,000 artists who will participate in the cultural and musical events that will be held during the ten days of the sports program.

The fact that Valencia will host these games means that the city will become a benchmark for inclusive sports. Likewise, 130 million euros are expected to be generated in hotels, gastronomy, entertainment, travel and tourism.

Throughout two weeks you will be able to enjoy the art, culture, gastronomy and festivities of different parts of the peninsular Spain.
Comments are closed.