Cuba and its people say “yes” to same-sex marriage

Posted by The Queer Travel on 4 October 2022 | Featured

Following the popular consultation held last week, Cuba contemplates, in addition to same-sex marriage, the adoption of children by same-sex couples, the regulation of solidarity surrogacy and the prohibition of child marriage. This framework law on family law reforms the current one, drafted in 1975.

This was the first time that citizens had voted in a referendum to approve a law and the third time that a general consultation had been held since the triumph of the revolution in 1959.

The country’s head of state, Miguel Díaz-Canel, was shown in a Twitter video celebrating the results. “YES won. Justice has been done. Approving the #CódigoDeLasFamilias is doing justice. It is paying off a debt with several generations of Cuban men and women, whose family projects have been waiting for this Law for years. From today we will be a better nation”, he wrote on his own account.

Yes has won. Justice has been done. Approving the #CódigoDeLasFamilias is doing justice. It is paying off a debt with several generations of Cuban men and women, whose family projects have been waiting for this Law for years. From today we will be a better nation. #ElAmorYaEsLaw ❤️🇨🇺 pic.twitter.com/O5o0Hi2cm1

The Family Code is the only project that has gone to a referendum of the 70 updated legal norms with the introduction of the new Constitution.

In the early days of the Cuban revolution, hundreds of homosexuals were frequently rounded up and sent to labor camps for “rehabilitation.” Former Cuban President Fidel Castro admitted responsibility for the persecution of the group in an interview published in 2010 by the Mexican newspaper La Jornada: “If anyone was responsible, it was me.“

The former president added in the aforementioned interview that, personally, he had no prejudice against homosexuals, and tried to justify himself by alleging that at that time he did not pay much attention to what was happening: “Yes, they were moments of great injustice,! a great injustice!”

Homosexual relations were decriminalized in Cuba in 1979. Currently, Mariela Castro, director of the National Center for Sex Education (CENESEX), daughter of Raúl Castro and niece of Fidel, is one of the leaders of the movement for LGTBIQ+ rights on the island. Thanks to his critical voice, since 2008 the Cuban State finances sex change operations. 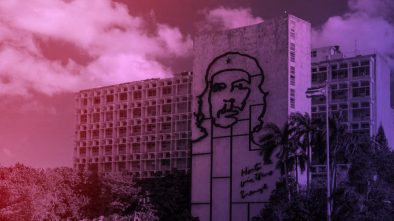 For years, Cuba has been a first-class LGTBI tourist destination, immersed in profound changes and experiencing a new stage 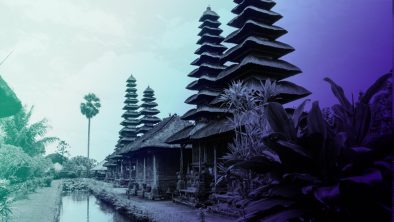 Tradition, adventure and relaxation come together in this wonderful place nicknamed 'the island of the gods'. Tropical jungle, volcanoes, temples... wonderful!
Comments are closed.